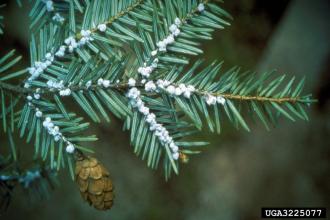 Hemlock woolly adelgid, a pest native to East Asia, threatens hemlock forests in the eastern US.

Hemlock woolly adelgid can be deadly to hemlock trees and, in the eastern United States, lacks enemies that keep their populations in check. Researchers wish to identify the optimal window to release insect predators; you can support this effort by observing hemlock woolly adelgid life cycle stages using Nature’s Notebook. 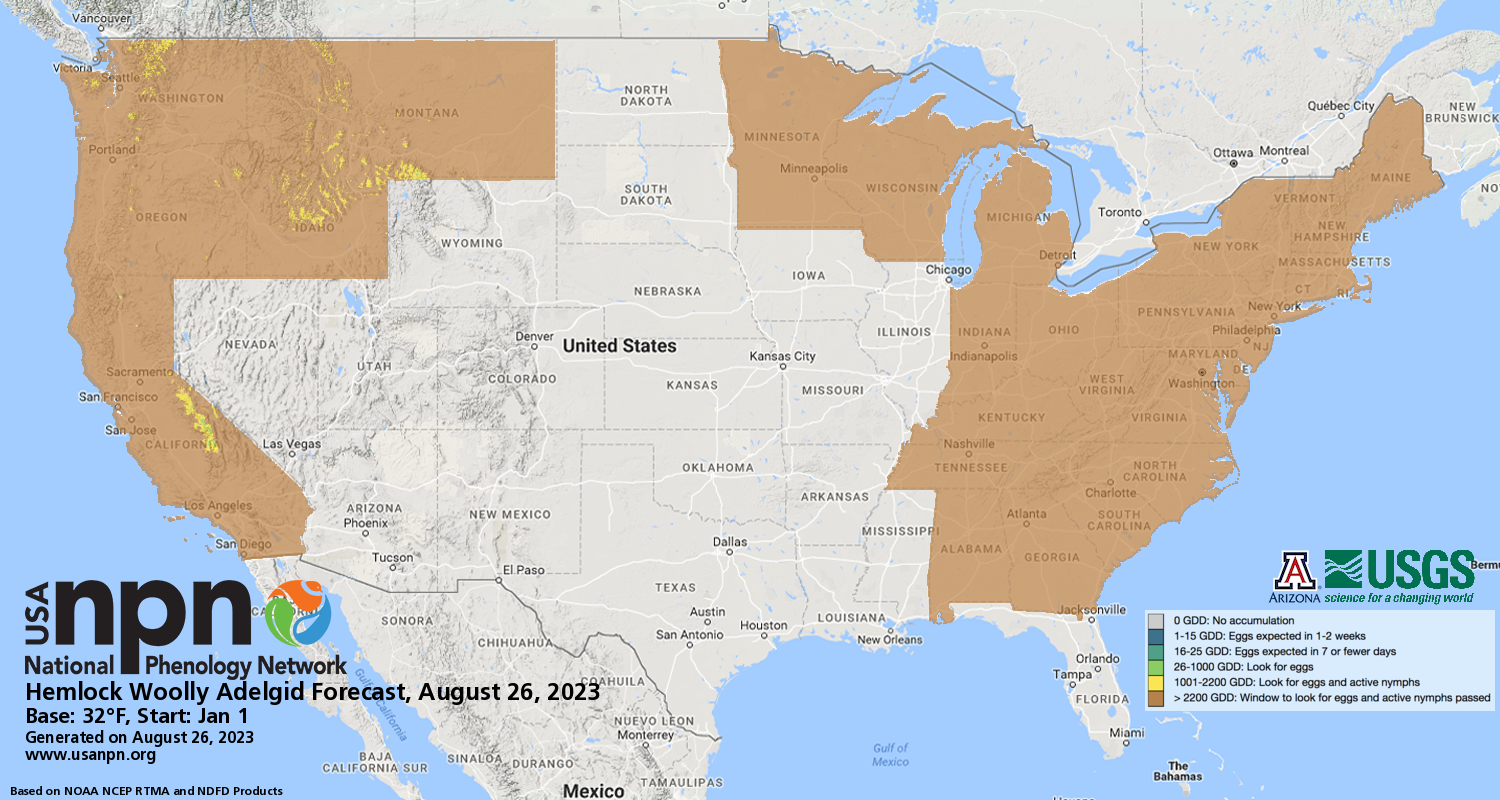 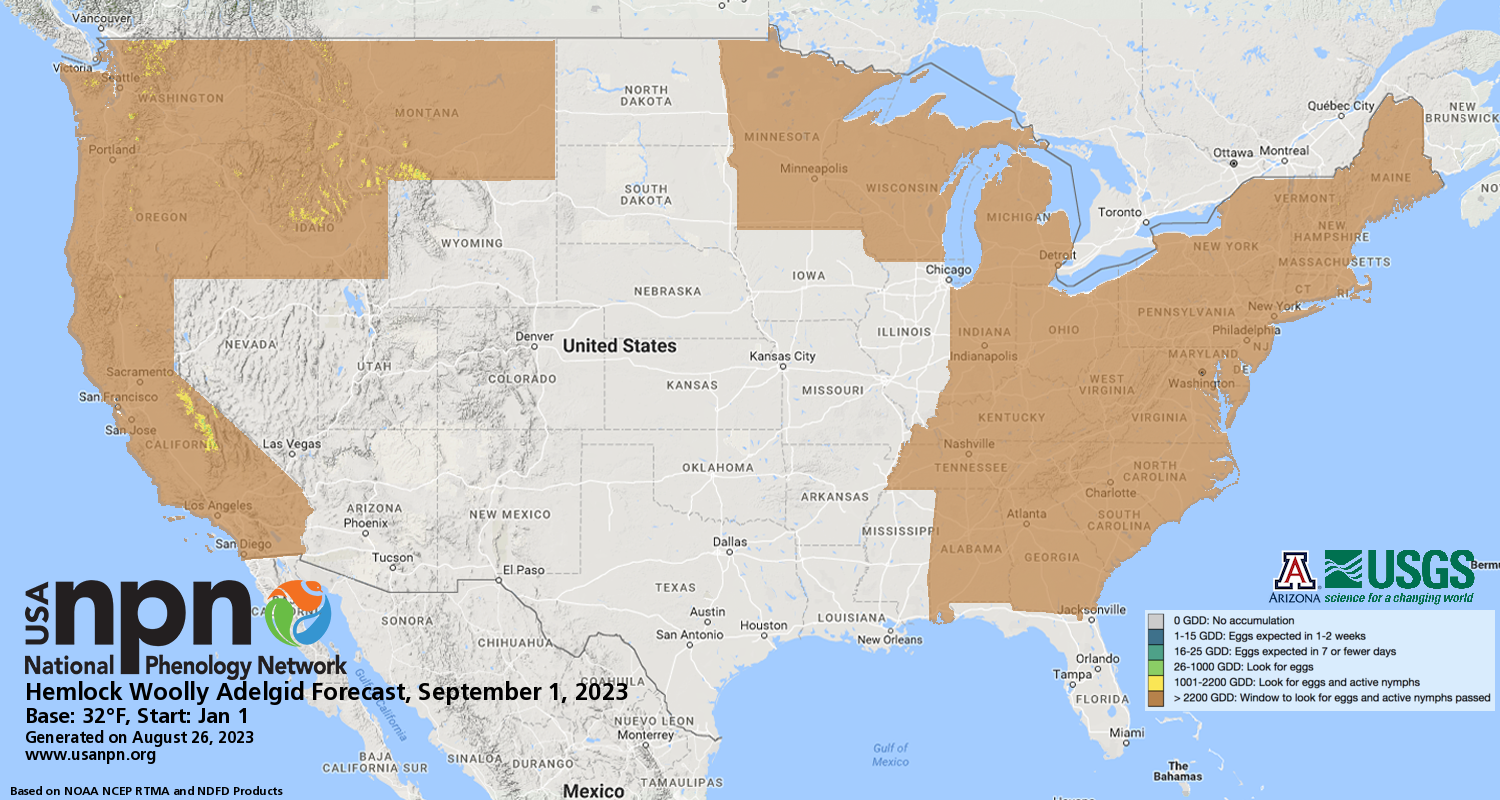 Help us improve these maps! Our Pheno Forecast map products are still in development, and we seek input on their performance in your area. Give your feedback on the sidebar on the right side of this page.

Hemlock woolly adelgid (Adelges tsugae) damages hemlock trees by piercing the twig at the base of the needles and sucking sap from the trees. Native to East Asia, it now occurs in forests in the eastern US as well as in the Pacific Northwest. In the Northwest, it is kept in check by natural predators; in the east, where predators are few, this pest is causing major damage to hemlock forests. Researchers are working to identify the best time of year to release predator insects or biocontrols, that would limit the rapid spread and damage of the hemlock woolly adelgid. 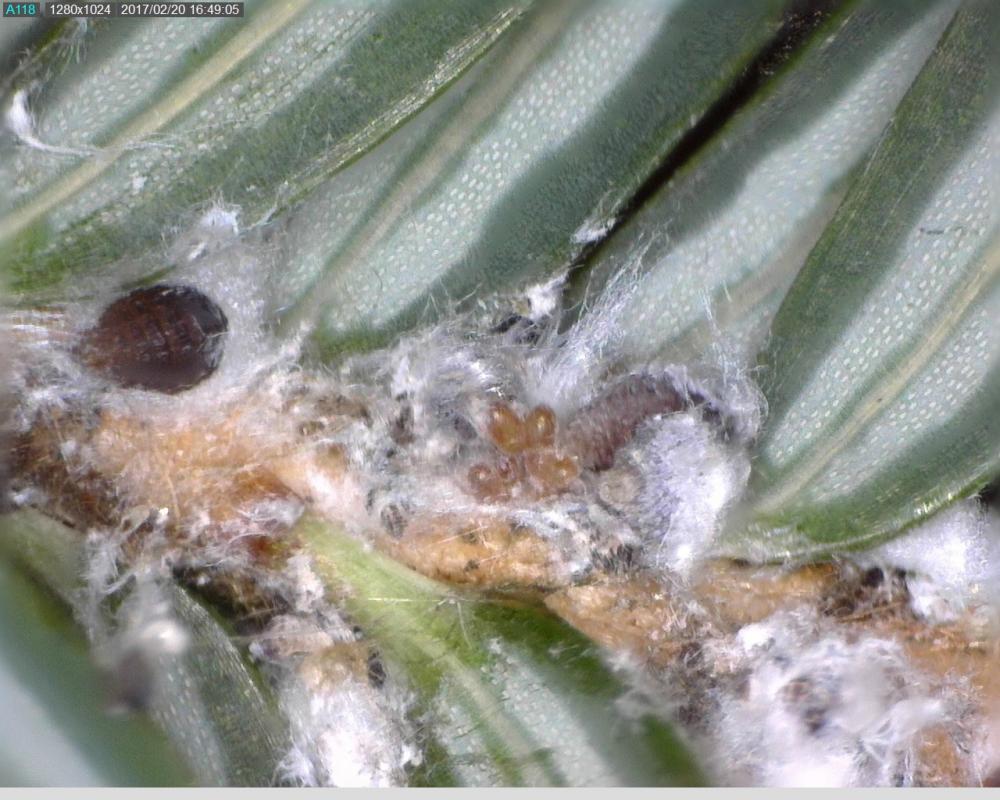 We forecast the timeframe to look for eggs and nymphs based on growing degree days.  For specific information on preferred treatment options in your region, we recommend contacting your local extension agent.

Sign up to be notified by email approximately two weeks and again six days ahead of key growing degree day thresholds for species of interest at your location.

Learn how to participate

Give us your feedback on our Pheno Forecast maps

Have you used our Pheno Forecast maps to plan treatment activities, or to know when to search for pests of interest? Do you have a suggestion of another species for which a forecast would help you make decisions? We'd love to hear about it! (Please include your email if you would like us to follow up with you.)