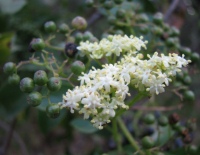 In a nutshell
The California Phenology Project, a partner of USA-NPN, was initiated in 2010 to study the effects of climatic variation on the timing of life cycle events in California flora. Volunteers and staff at 7 National Parks used Nature’s Notebook to collect data. The authors compared observations of leaf budburst, flowering, fruiting and leaf drop with climate variables such as temperature and rainfall. Species studied included four widespread, locally and ecologically important species: coyotebrush, valley oak, elderberry, and California buckwheat.

The authors were able to detect differences in phenology for the four plant species studied across California. The authors found that in all four species, at least one phenophase responded to higher winter low temperatures with delayed onset. Generally, precipitation strongly influenced leaf phenology, while both precipitation and temperature were important for flower and fruit phenology.

What is special about this study?
This study used Nature’s Notebook protocols, which involve monitoring the same individual plants over time. This method allowed the authors to know than any difference in the timing of onset for a particular plant from year to year was due to environmental variation rather than genetic variation.

This study is one of the first of its kind from a water-limited system. Plants in these water-limited systems behave differently than temperate deciduous plants. The wide geographic sampling across California enabled the authors to distinguish the effects of minimum monthly temperature and cumulative monthly precipitation on onset dates.

What does this mean for YOU?
This study gives an increased understanding of how the previous winter’s temperature and rainfall affects leafing, flowering, and fruiting for these species. We can now better predict how these species will respond to future warming and intensifying drought.

This study highlights the importance of Nature’s Notebook data – twice weekly monitoring was enough to detect the phenological differences associated with climate among species, sites and years. This study also demonstrates the utility of data collected by trained volunteers.

Early Results from the PopClock Project

Through the PopClock project, participants in Nature’s Notebook are collecting observations of spring leaf emergence and fall color change of two poplar species, balsam poplar (Populus balsamifera) and quaking aspen (Populus tremuloides). These observations are being compared to maps of “green-up” and “green-down.”

The map below shows locations where Nature’s Notebook participants submitted observations for either of the poplar species (grey dots). The observers’ reports of leaf-out and leaf color change at these locations will be compared to “greenness onset” as calculated from imagery collected by the The MODerate Resolution Imaging Spectrometer (MODIS) satellite. This estimate of the average day of year when green leaves are first detected each spring ranges from approximately day 60 (Mar 1) to day 160 (Jun 9) across North America. 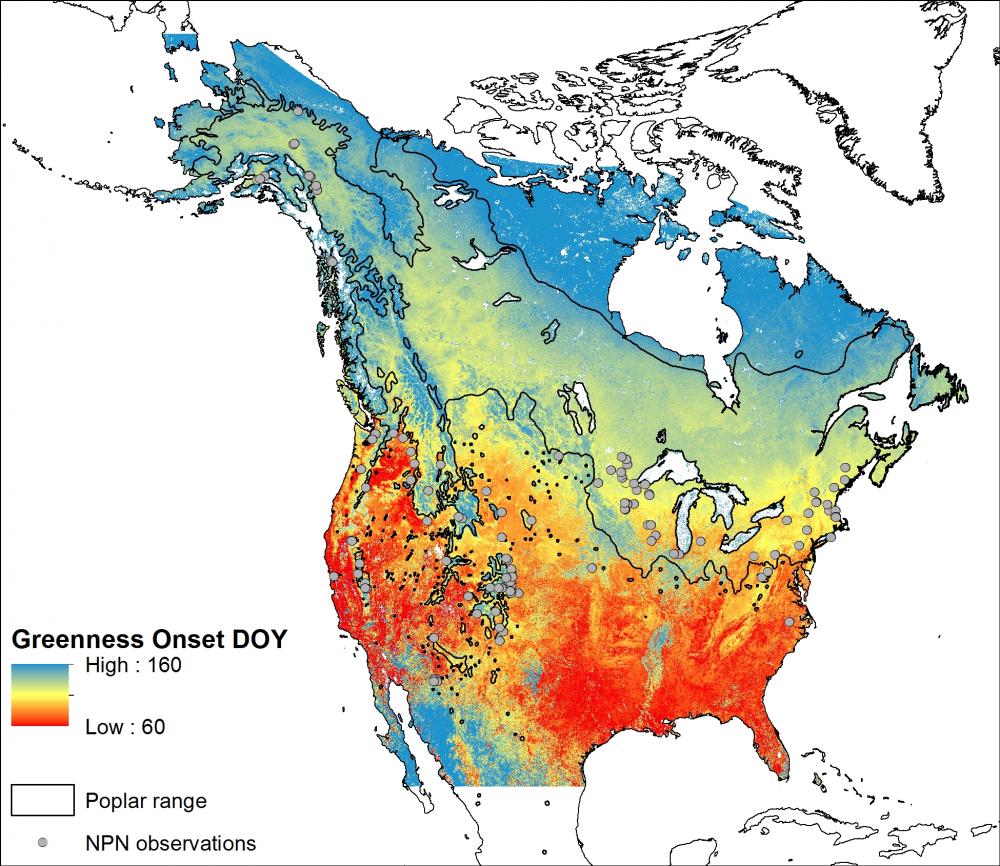 Between January and August 2013, 12 observations of budbreak and expanding leaves have been collected on balsam poplar, and 534 have been collected on quaking aspen. The map below shows the geographic distributions of balsam poplar (in blue) and quaking aspen (in green) as well as locations that have submitted observations of poplar phenology so far. 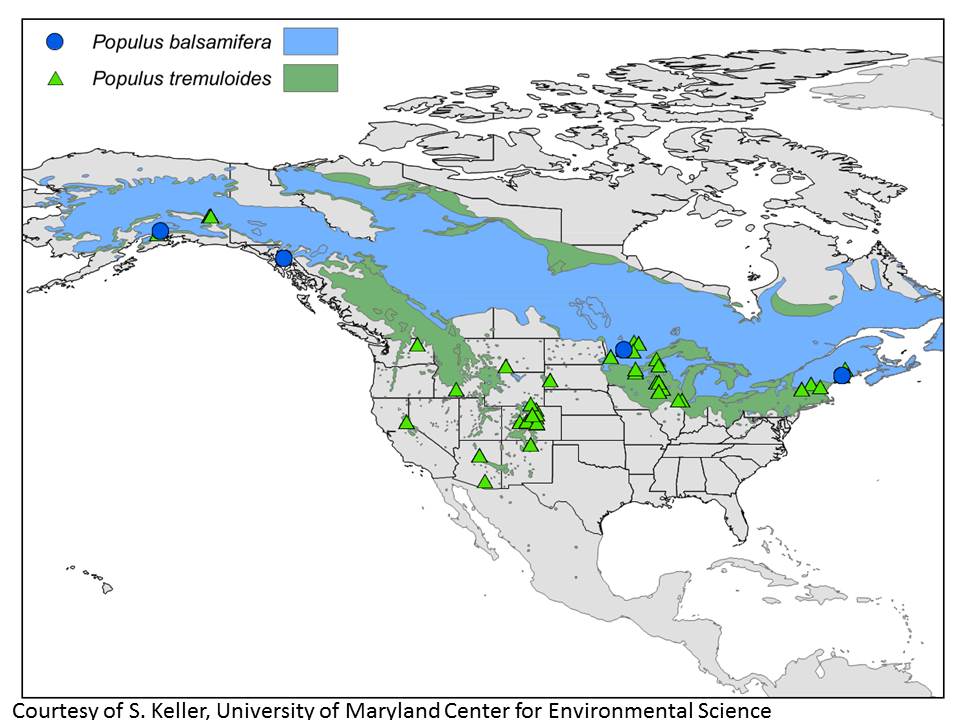 These obsevations will be invaluable to researchers as they begin analyzing how genes and the environmental control poplar phenology, and how we can use satellite data to estimate poplar phenology over large areas.

Nature's Notebook results webinar 2013: Why do scientists care so much about what's happening in your yard?

Nature's Notebook results webinar 2013: Why do scientists care so much about what's happening in your yard?

Spring of 2012 arrived remarkably early in much of the U.S... but what about 2013? What do those observations that you've been diligently collecting and reporting in your yard say about this year? How are scientists and decision-makers using these observations? View our 2013 results webinar video below to learn more or download the slides. 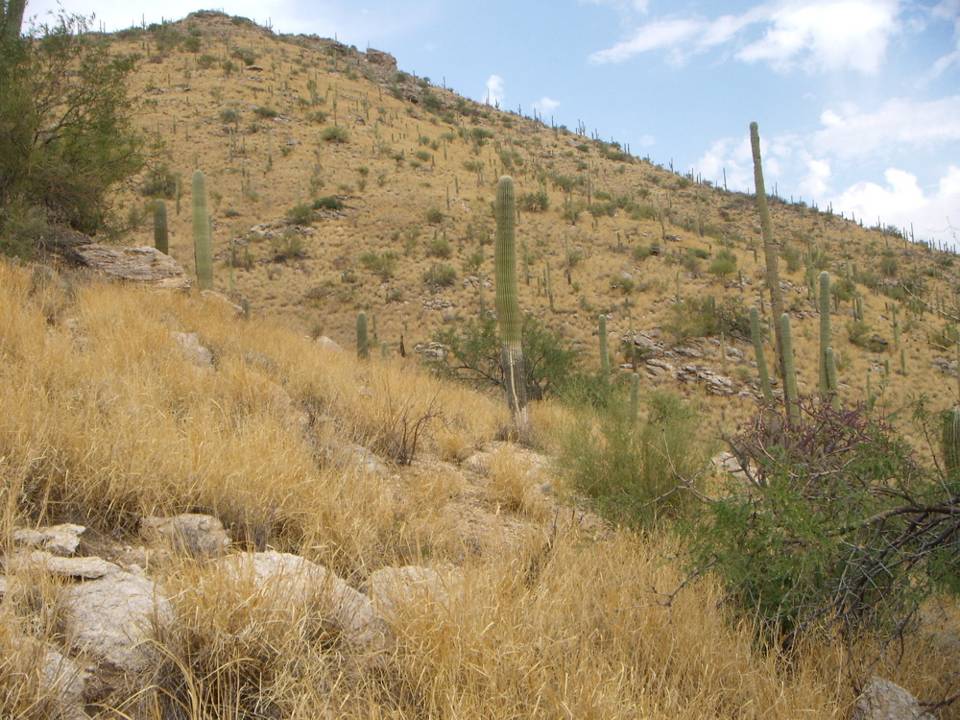 Phenology data can inform invasive species management by identifying periods of reproduction and green-up that are critical for mechanical removal or herbicide application. Buffelgrass (Pennisetum ciliare), an aggressive non-native species, is spreading rapidly and introducing fire to the sensitive Sonoran Desert. Fires fueled by buffelgrass can be devastating to native desert plants as well as adjacent homes and structures. Herbicide is a preferred treatment option due to rugged and inaccessible terrain. Treatments should be scheduled to maximize buffelgrass greenness while minimizing damage to native species.

Data collected through Nature’s Notebook on seed production showed that there are brief windows of opportunity for mechanical control to minimize seed spread. Data on canopy foliar greenness can help managers identify appropriate times to apply herbicide to minimize impact to other species. 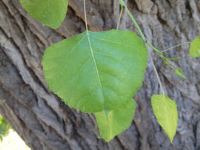 Phenology is highlighted in two articles in the Park Science Special Issue on Climate Change Science in National Parks:

Check out the 2012 Wildflower report at Joshua Tree National Park

The California Phenology Project and SPROUTS program are highlighted in the latest issue of the Climate Change Response Newsletter!

RECENT CHANGES IN PHENOLOGY ACROSS THE UNITED STATES

New USA National Phenology Network information sheets synthesize recent changes in climate and phenology in eight U.S. regions. Find out what changes have been observed in salamanders in the Southeast, caribou in Alaska, ragweed in the Great Plains and more.