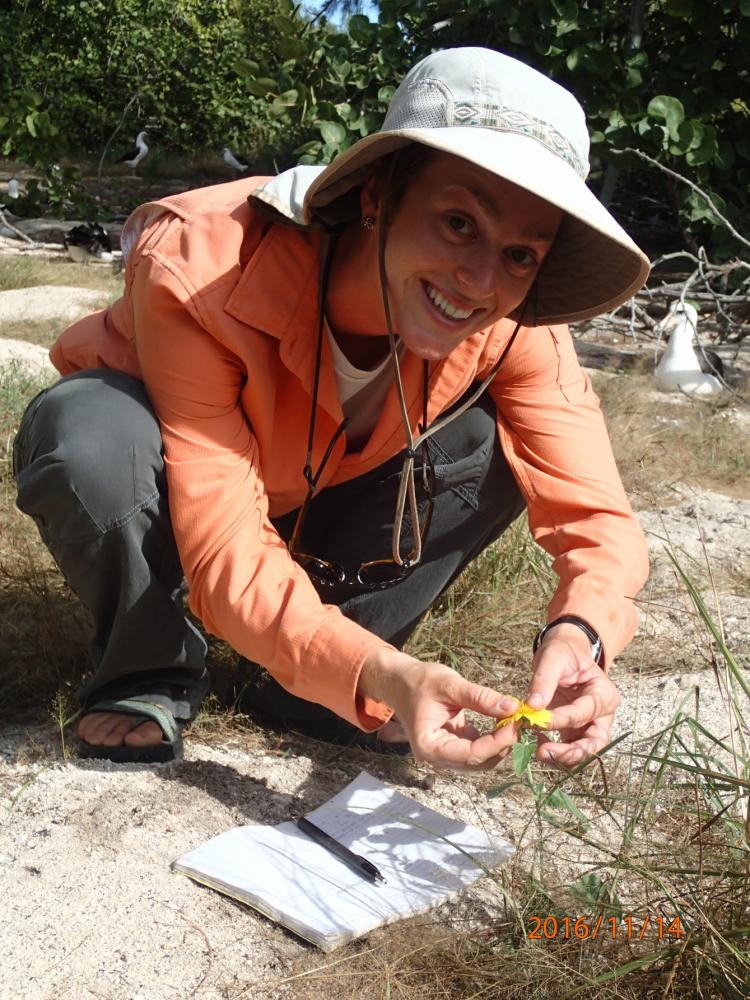 Managers battling invasive species often face their toughest challenge when the target plant or animal is dispersed and difficult to access. In recent years, invasive golden crownbeard, Verbesina enceliodes, covered 50% of the land area of Midway Atoll National Wildlife Refuge, in the Pacific Ocean, disturbing the critical nesting habitat of seabirds such as Laysan albatross. By 2015, managers had used herbicide treatment to reduce the spread to localized patches, but these were dispersed around the islands and time consuming to access and treat.

In order to better target the timing of weed control and remove plants before they disperse seeds, a team of staff and volunteers at the Refuge began collecting data on the phenology of crownbeard to identify how much time they had between when the plant starts to grow and when it drops its seeds. After two years of observing the plants’ life cycle using Nature's Notebook, the team determined they had as few as 31 days initial growth and seed set. The team immediately adjusted their weed control schedules to keep the time between treatments to 30 days or fewer. Since the implementation of these revised weed control schedules, the team has been able to maintain crownbeard at or below 1% coverage on the islands.

Though small in number of observers and land area, this team was able to collect the data needed over the course of one year to improve treatment schedules. Effort like this, when combined together into large public datasets collected by tens of thousands of people over large areas, show the powerful potential to improve invasive species management.

This study is a great example of the potential for data collected by volunteer scientists to support and enhance ecological restoration. The efforts of volunteers can assist restoration programs that are limited by staffing or funding. Volunteer science programs can also increase public awareness of invasive species, boost scientific literacy, and build constituencies for conservation and restoration.