The early fish misses the phytoplankton 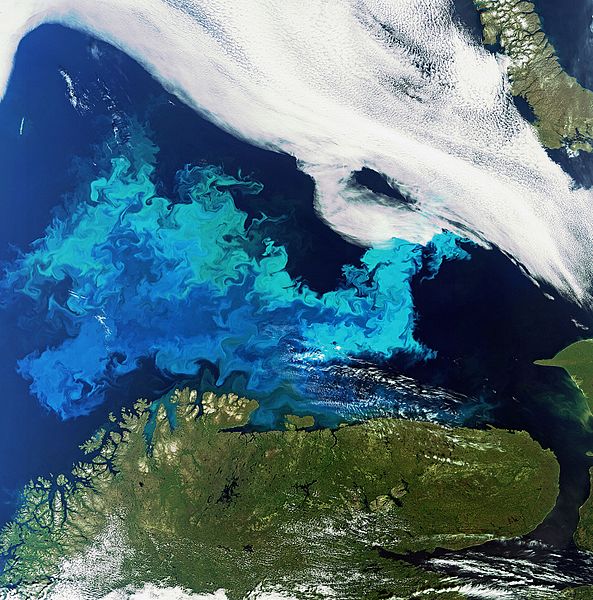 Young marine fish depend on a food source or medium-to-large plankton. The timing of phytoplankton blooms, or population explosions of marine algae caused by the right conditions of sunlight and nutrients, is critical to the survival of many types of fish including haddock, herring, and salmon. Mismatches between these young fish and their food source can lead to high mortality due to starvation or increased predation on fish that grow more slowly. The authors looked at the impact of a high-emissions climate warming scenario on two groups of fishes that live in the surface layer of the ocean and spawn in springtime – those with spawning associated with certain geographic features such as rivers or coral reefs and thus less of an ability to shift their spawning grounds, and those that spawn in different locations based on environmental variables such as temperature.

This is the first study to project future mismatches between the seasonality of fish and their phytoplankton food sources. The authors lay the groundwork for future studies on other fish species with seasonal spawning that is driven by temperature.

These findings provide guidance for resource managers about which species may be more vulnerable to climate change. This study also has implications for other taxa that are regulated by accumulated temperature, including those on land.

Plankton influence ocean temperatures, provide half the ocean’s oxygen, and remove carbon, affecting the amount of carbon dioxide in our atmosphere. Mismatches in this ecosystem could cause population declines with cascading effects on global carbon cycles, causing a feedback loop of warmer global temperatures and warmer oceans.