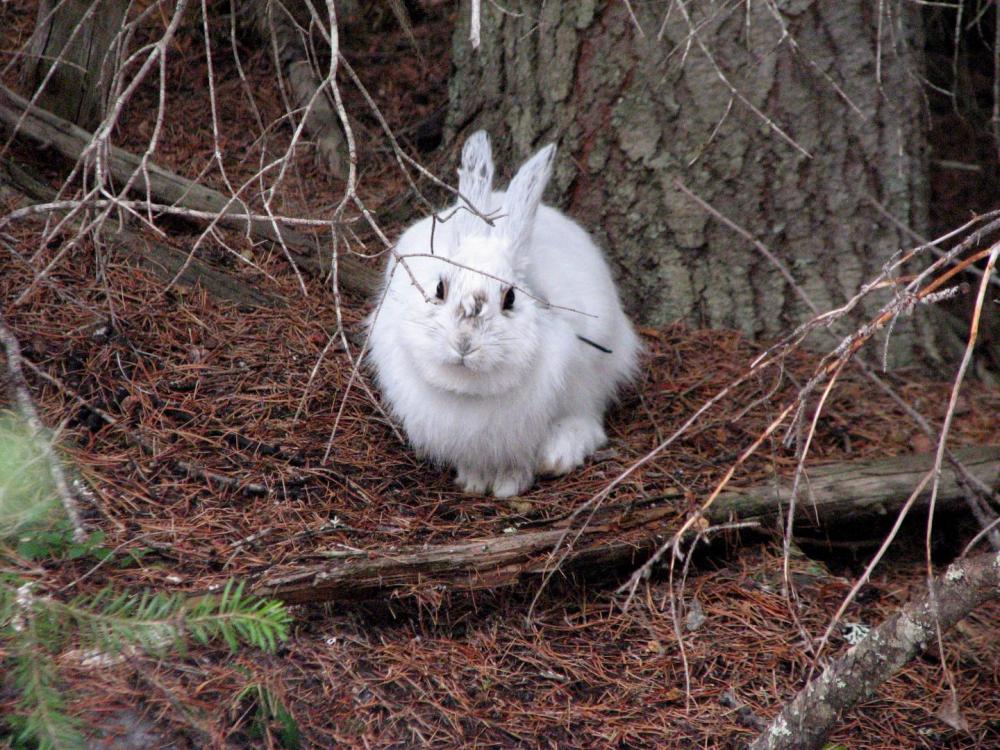 When faced with changes in climate, animals have two choices to avoid extinction – move or adapt. The snowshoe hare is directly affected by climate warming. These hares have seasonal camouflage - brown in summer, and white in winter - to help them blend in with their surroundings. If their camouflage becomes mismatched with their surroundings, the hares stand out like lightbulbs against a dark background and are predicted to be at a higher risk of predation.

To quantify the consequences of this mismatch, researchers from North Carolina State University and the University of Montana made weekly observations of 186 radio collared snowshoe hares from two populations in Western Montana in a study to determine how camouflage mismatch affected survival of hares. They found weekly survival decreases of up to 7% for hares that were mismatched. The researchers also used models to predict how the population of hares is likely to change given the survival rates observed. Under future climate change scenarios where snow arrives later and melts earlier than it does currently, they project that hare populations could decrease by up to 23% by the end of the century if hares are unable to change the timing of their coat color change.

Previous studies showed that hares lack the ability to change their coat color to match the snow cover of their surroundings. This study goes a step further to show a direct link between climate change and survival of hares. The authors’ projections show hares in the two populations studied face a steep decline in their populations unless they can adapt to the change.

The authors also found there is a large amount of variation in when individual hares molt. This could allow natural selection to work on the population, selecting for those individuals that are able to better match snow conditions. But only time will tell if this natural selection happens quickly enough to maintain the hare population.

There are over a dozen species worldwide that change color seasonally, such as ptarmigans, weasels, and arctic foxes. The findings from this study have implications for these species as well, though whether these other species have the ability to adapt and maintain their population levels is yet to be seen. If they cannot adapt, regions with winter snowpack may experience a decline in species diversity. What can be done to prevent these mismatches? Climate change mitigation measures and reducing other stressors such as habitat loss will be key to protecting these species.