Volunteers have been tracking cloned lilacs for over 50 years, and these observations have been invaluable for documenting how plants are responding to a variable and changing climate. However, lilacs don't grow very well in the southernmost parts of the US. A dogwood was recently cloned for distribution in southeastern states to address part of this data gap, and Nature's Notebookparticipants began submitting observations in 2013.

Our 2015 Year End Summary webinar explains some of the patterns that were seen in observations of dogwoods and lilacs submitted to Nature's Notebook.

The graph below shows the timing of breaking leaf buds, flowers or flower buds, and open flowers for all cloned dogwoods monitored through Nature's Notebook in 2013 and 2014. Breaking leaf buds and open flowers occurred slightly later in 2014, and for a longer period of time. Observers reported flowers or flower buds slightly earlier than last year, and for a much longer period of time.

This may be attributed to the cold winter across most of the country, which likely affected the onset of leaf bud break and also may have caused aborted buds to remain on the tree for a long period of time. The flowers that did survive opened their petals later this year than last year. 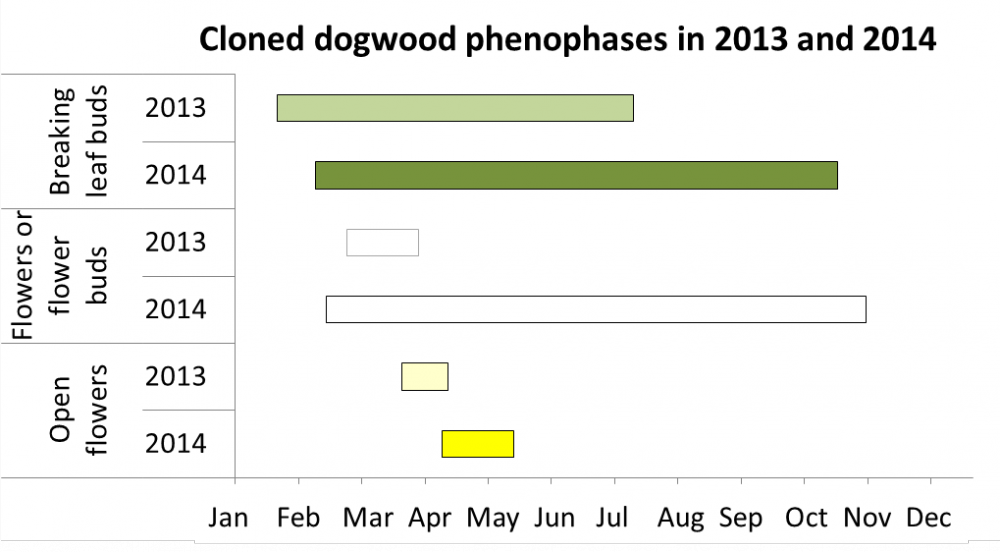 The map below shows that  leaf-out and flowering were reported earlier in southern states than in northern states. Leaf-out in deciduous plants in temperate regions is very often cued by spring temperature, and as you know, we experienced warm temperatures much sooner in the South than in the North and Midwest this year. 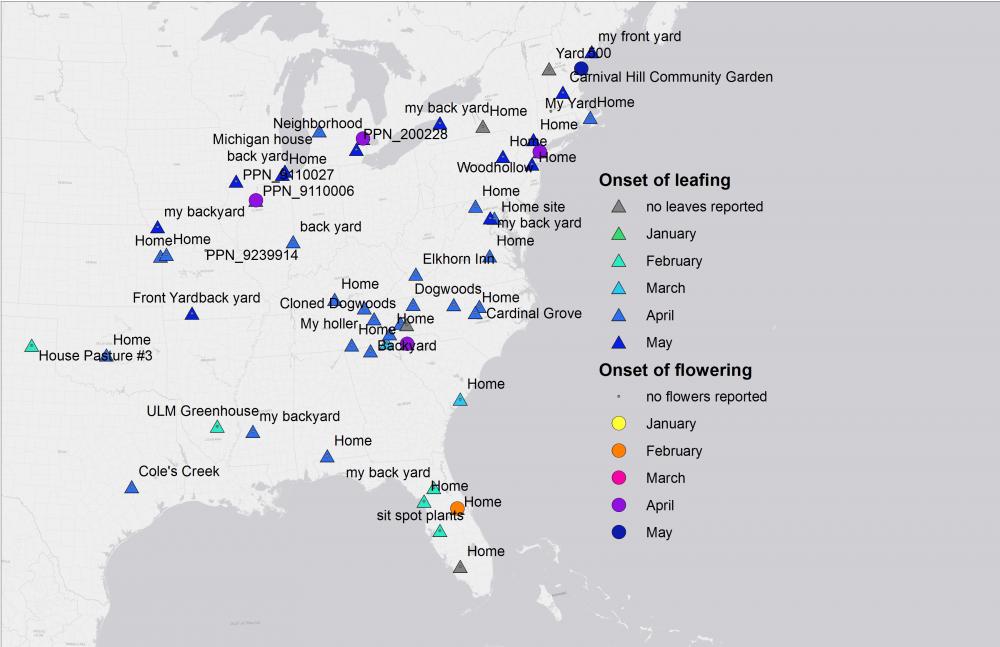 The graph below shows the duration of 3 phenophases: breaking leaf buds, flowers/flower buds, and open flowers in 2013. 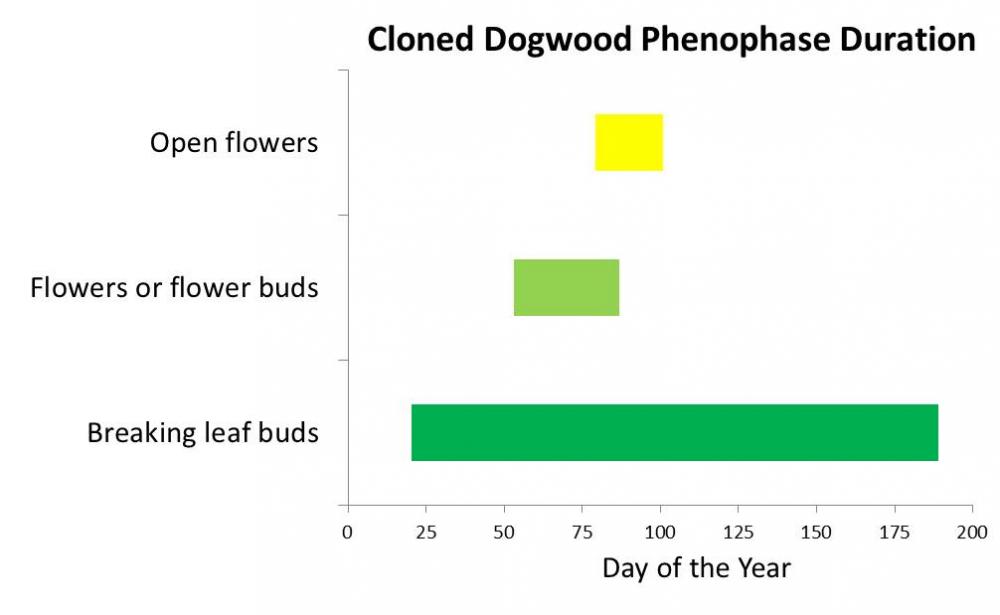 The map below shows the sites at which observers reported observations of breaking leaf bud in cloned and flowering dogwoods in 2013. The color gradient indicates the range for first reported date for breaking leaf bud at each site. 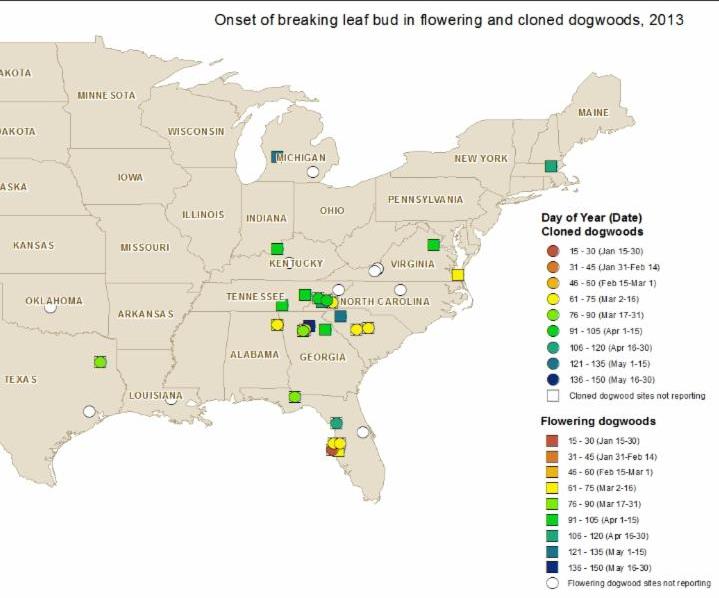 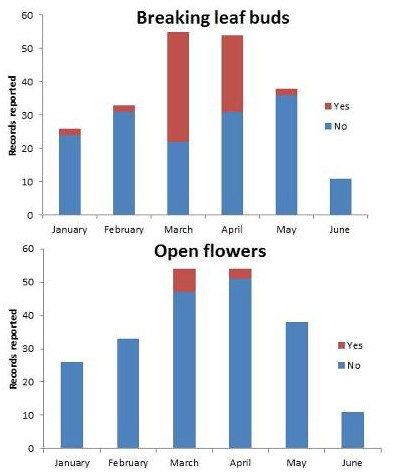